The Major enjoyed the best Saturday service of the year yesterday offering 14 selections which have already paid out £25.82 to level £1 stakes.  Plus we still have West Ham who could add another £2 to the result if they beat Nottingham Forest at 2pm. 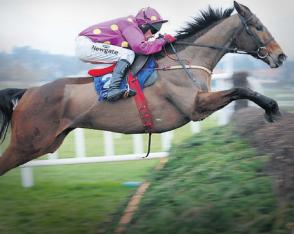 Highlights were picking the terrible value in Punchestown and opposing on 9/1 morning price Neptune Collonges who demonstrated a great return to form.  I was proud to see Knockara Beau come home second with credit making a mockery of 33/1 and the winner Grand Crus, advised at 11/4 made this a sensational race for the Major, if only I had advised the forecast!

On the pitches of Britain, FA Cup pricing helped us again with Reading a stand out result at 6/5 but we had to rely on a late goal.

That will make January a special start to the year and a harder act to follow.

Sunday and time to offer a handful of things to follow for those who like to reinvest!

1.50pm Punchestown Tied Cottage Chase – Easy pickings.  Firstly, as you may know the Major had Big Zeb as a huge part of my ante post piece for Cheltenham.  The 7/2 for the Champion Chase has all gone now.  I expect his preparation to go smoothly and would even suggest that the way he will demolish Sizing Europe and Golden Silver today may just flip flop the head of the market for the big one.

I see nothing to change my mind about Big Zebs chances as they race today.  OK so you may shout at your screen right now ‘Come on Major how did you pick that one!’ but value resides in odds on, odds against and virtual no hope situations.  Big Zeb should win.  In my head if they ran the race ten times, he wins seven.  To break even you have to price him just over 1/2.  8/11 is available, smash it.

Already advised is a West Ham home win.  Consider having the two in a little double.

The Punchestown card is a good as anything, in fact better, than anything on offer at Cheltenham yesterday.

4.20 The Bumper – On the surface of things there does not look an obvious champion bumper sort here but this is the time of year when the Irish trainers get their Cheltenham bound hopes out.  Victor Chandler are offering an early market and they may get taken up on 5/2 about Celtic Folklore just because of connections.  Carbon Credit though won a point to point well last time out and with the services of Rubys sister in the saddle, could bring home the bacon.  No bet advised, how could you seriously advise with so little to go on!

The 2.20 is a punting nightmare best left alone and so I will but not before buying a ticket on Karanga Queen at 50/1 with one of my favourite jockeys, Slippers Madden on board.  Could he get a decent tune out of this unreliable and fully exposed sort.  Probably not.

The Novice graded hurdle is a great race but this years renewal looks average.  That said Gagewell Flyer seems to have finally got his act together and is a graded winner causing a 6lb penalty which I don’t think will stop him.  7/4 is the price, bet like men – Mullins and Townend will not let us down.

The 3.20 maiden is also a hard to bet on encounter.  Too little is known of many of these.  Westmeath would be a class bet at 11/2 if I didn’t suspect the soft ground may be responsible for his latest flop.  Jetson looks more exposed.  I like the 10/3 about Harpsy Chord – Have a small nugget of this one and save the bank.

The 3.50 is the last race to look at and I take two potentially progressive types.  Flemensford in the McNamara colours and Kerb Appeal, again for the inform Mullins yard.  12/1 and 14/1 dutched up, thank you.

In the coming week, I aim to get a post up summarising January in detail, looking at the Superbowl and a couple of midweek quick posts advising some cheeky side orders.

Thank you for reading, hope you are on the big winners today.